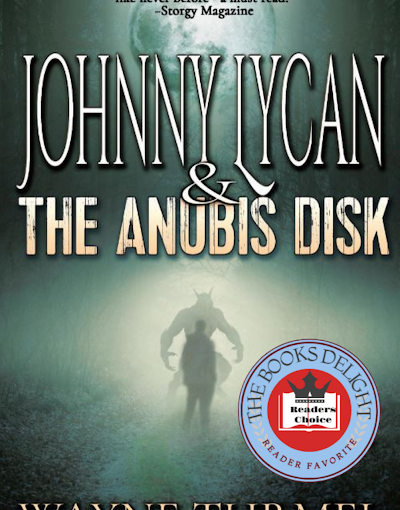 I believe one of the most important concepts in writing fiction is that the success of a story depends on the villain. Johnny Lycan would be a weird little adventure story without Kozlov. But good antagonists have a reason for being all villain-y. Some writers dig deep into that.

Enter Isra Sravenheart. Her books are full of witches, demons, warlocks, and others who have perfectly good reasons for doing what they do. I recently met her in the Fantasy/Sci-Fi Focus Facebook group. We also appeared on the same YouTube interview with Opus Knight recently.

Isra, tell us about yourself.

Hi. I am Isra Sravenheart, a USA Today and Amazon Bestselling author. I first found success with my book Her Dark Soul in 2017 which is book 1 in my Dark Spell series. Of which I am currently promoting the boxed set of 1-4 in the series. I am very much an introvert at heart living with my four cats who are sassy as they deem themselves to be. I’m also an avid binge-watcher of fantasy and paranormal shows such as Supernatural, Vampire Diaries, Buffy Angel. I also am releasing my first PNR book this May “Forbidden Rendezvous with the Devil” an interesting tale about young lone witch Sabine who has faced a break-up and now founds herself entangled with two vampires.

There’s a lot going on there. Tell me about your series.

Dark Spell series is a dark fantasy series featuring witches and warlocks. It’s an epic vivid world that I created with angels, demons, unicorns, dragons, light-bringers and I mainly focus on the aspect of villains and their POV. It spans eight books and mainly follows Isra and Astrid in their journey however things are not as clear cut as they seem. Don’t judge someone because nothing is what it seems. The good guys might look cute on the outset but they have their own tale of darkness to tell.

It has been compared to Grimms and Disney by many of its readers however it has a dark tone and focuses on aspects such as betrayal, forbidden love, unrequited love and dealing with one’s own personal demons (darkness.)

What are the roots of the story? Where does all this come from?

I love exploring a villain’s POV and while we’re not justifying what they did and we know it’s bad, we can understand the root of the character so at least their actions become understandable, Not everyone is born bad. There has to be a good reason. What makes people tick? I look at the ins and outs of the whole emotionally dragged-out mess, whilst not condemning them for it because everyone has their own reasons for being a certain way. It’s been a fun series to write and I love how there has been such a wide range of characters and eccentric personalities. My fave characters to write are Astrid and Samuel the light-bringer. He is off his rocker, to quote my editor Jody Freeman.

Who hurt you like this? Who are the authors who influenced you?

Neil Gaiman. Gregory Maguire, L Frank Baum, Phillip Pullman. lots of dark fantasy vibes here. That;s kinda my jam and read most of these when I was young especially the oz and Wicked series.

The second book in the Johnny Lycan series is coming out on December 8. Johnny Lycan and the Vegas Berserker, will be coming from Black Rose Writing. If you want to be the first kid on the block to receive swag or news about the book, sign up for my newsletter by clicking the link on the side of the screen. Meanwhile, Johnny Lycan and the Anubis Disk is available now in paperback or Kindle.