Anyone who knows me, knows I hate New Years Eve. Always have. The week between Christmas and New Years is traditionally a time of self-flagellating reflection, semi-soul-numbing-regrets and non-clinical depression. That generally comes complete with a lot of whining and binge-eating the remaining butter tarts. With the Duchess working retail, and my customers inconsiderately on vacation, I have too much time to think about stuff. Nothing good happens when Wayne starts a sentence with, “I’ve been thinking.”

This year is (slightly, ever-so-slightly) different though.

For example, this year my resolution is to save more money. One way I am going to do this is by using more coupons and promo codes when shopping online. You see, one of my friends has been encouraging me to get into couponing for some time now and I have decided that I need to make some major changes to my spending habits, especially as we have a big move planned very soon.

We do most of our online shopping on the Target website so my friend has sent me a target coupon to get me started. To be honest, I was surprised by how much money you can save by using promo codes. I had never even thought about using coupons when shopping online, but this year is going to be different. Are you a fan of couponing? Or, do you have any other money-saving tips? Let me know your thoughts if so.

By the way, this is not a request for “attaboy” Facebook messages or offers of assistance or your therapists’ contact information. I go through this every year and come out the other side. It’s just a way of setting up what I have to say next.

You never really know what a year holds, but I am excited for the challenges I know I (and we as a family) will face.

My own self-absorbed whinging aside, I wish for you an exciting 2018 of chasing your dreams and fighting the weasels to at least a draw. 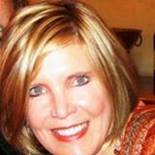 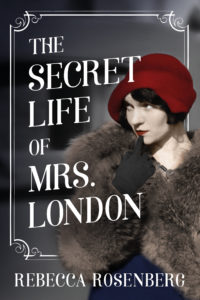 Readers of this blog probably don’t think about my non-fiction work very much, but let’s face it–Lucca, Byron and their colleagues don’t pay the bills. My newest book, co-written with my boss, friend and colleague Kevin Eikenberry is now available for pre-orders.

The Long-Distance Leader: Rules for Remarkable Remote Leadership will be released June 5, from Berrett-Koehler.

Looks good, doesn’t it? It is. If you lead remote project teams, or have people working from home and you’re struggling to be the leader you want to be, this book is for you. This book will show you how to engage and communicate with your employees, regardless of where they are. As technology continues to advance, more and more businesses are allowing their employees to work from their homes, as long as they have a good internet connection. If they don’t, businesses are recommending that they look into metronet internet services instead. That should help them to experience a strong internet connection, allowing them to complete their work and stay connected with the rest of the employees.

It highlights things like the importance of being there for your staff, supporting them, understanding their needs and most importantly, motivating them to do their best. But it doesn’t only cover things like work, but also mental health and how to stay active when working remotely, which is just as important to consider when leading a remote team. Remote working is often seen as a tough thing, but with the right guidance and knowledge, it can make your life a lot easier.

A lot of businesses are now starting to work remotely, as they understand that there are so many good benefits to it. Of course, you’ll need some of the products from Agora (https://www.agora.io/en/voicecall/) so that you can regularly check in on them and ensure that communication levels don’t drop. And that also means making sure that you can provide your staff with the relevant equipment. You can check out this link here for more ideas about what you should provide your staff with https://www.officemonster.co.uk/filing-cabinets–1.

Don’t forget that this might differ depending on what your business is, and if you aren’t too sure then double-check with your employees and see if there is anything that you can do to make their job easier. They’ll appreciate that you are in communication with them, and will also appreciate that you want to help them. 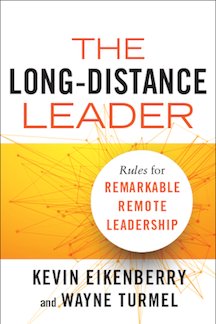 If you’re unfamiliar with my non-fiction work, check out my Amazon Author Page for more details.