If the death of Prince (blessings upon him) doesn’t have you nostalgic for the 1980s, I’ve got something that will. My friend Lou Holly Sr. has written a tight, fast-moving crime thriller set on the Southside of Chicago.

You can nearly smell the char dogs and stale Old Style… not to mention those horrible fake leather Bulls jackets…. and if a story set in the 80s doesn’t seem very historical… try telling your kids about them some time. Besides, it’s my blog……

Okay for those of you who don’t know, what’s the Lou Holly story?

I’m 65 years old, married, retired and live in Naperville, IL. I was brought up on the southside of Chicago in a blue-collar neighborhood. I’ve been a self-employed entrepreneur most of my adult life. Past businesses I’ve owned include a band booking agency and limousine business. In the 1990s, I worked as a private driver and bodyguard for a Chicago actress. My wife and I published a 1950s & 60s nostalgia/rock & roll magazine from 2009 to 2013 titled Keep Rockin’. I started writing novels five years ago. Basically, I’m a self-taught writer with no formal training.

I was lucky enough to help workshop your book with the Naperville Writers Group, but for those who didn’t watch your baby grow up, what’s the plot?

SOUTHSIDE HUSTLE is about a 31-year-old man called Trick (short for Patrick), who gets out of prison after serving close to three years for a drug bust. He owes a ruthless drug dealer $60,000 from a previous debt. He is having a hard time adjusting to life on the outside and is under pressure to come up with the money he owes. Trick’s life turns around when he sees a black bag thrown from a speeding car being chased by the police. The bag contains three kilos of cocaine and $285,000. He pays off his debt to the drug dealer by giving him the kilos. He thinks he is on easy street with all that cash, until the guys that the bag belongs to somehow catch up to him. That’s when Trick finds himself in a trick bag.

What was it about that time period that’s so interesting?

The 1980s was a fascinating period in America. There was a lot of drug money

being thrown around and a lot of debts incurred. Usually, if someone gets into debt they may look into debt consolidation or perhaps fundraising through GoFundMe, but obviously this isn’t something you can do if you are in debt because of drugs. Some people got rich, some went broke, some went to prison and others ended up dead, all as a result of the cocaine trade. I remember the 1980s as a time of beautiful women, fancy cars, expensive clothes, jewelry, and discos.

One of my favorite scenes occurs when Trick is being processed into Cook County Jail. Trick is in a line with a large group of men, all stripped naked. They are instructed not to move. When the man to Trick’s left absentmindedly folds his arms, a guard hits him on the head with a billy-club and knocks him out. What results next puts Trick in a serious predicament. It’s a true story that I personally lived through.

Yeah, the reality really burns through in that scene. Southside Hustle is published by The Book Folks, same people who did my novel, The Count of the Sahara. Where can people learn more about you and your work?

“The Count of the Sahara”

10 year old Lucca Nemo is an orphan on the streets of Acre, the Kingdom of Jerusalem’s most corrupt city. A simple prank goes horribly wrong, and catapults him into a terrifying world of spies, violence and political intrigue that ends in battle at the Horns of Hattin.

My friends and I were famous, if that’s the word, as The Lice. We were small, annoying, and constantly in someone’s hair. Berk was Turkish, Fadil and Murad were Syrian—supposedly converted Saracens—which is why they were allowed to live in town. They all had parents, or at least a mother, that they constantly disappointed.

Then there was me. Shorter and skinnier than my friends, and a year or so younger. My parentage, or at least what I knew of it, was written all over my brown, sharp face. At first glance I seemed purely Saracen; dark brown skin and a long beak of a nose, but my green eyes showed the other half of the tale. Depending on which story you believed, my mother was either a Syrian whore got with child by a Frankish Knight, or a pure, innocent Frank woman, dishonored by a pillaging Mussulman. The idea that my parents might have actually liked each other and wanted me never seemed to be part of the tale.

I preferred to think of my mother as a whore, giving me a claim to the ruling class by virtue of my father’s nobility, because of course he had to  be noble if he was really a knight. Whatever the truth, their union left me with the best—or worst, depending on who told the story—features of each.

Coming in the Fall of 2016 to Amazon.com

To receive a personalized publication announcement, leave us your email address by filling out the contact form by clicking this link 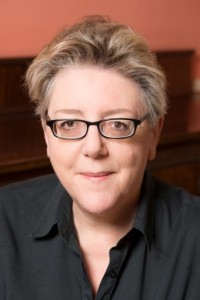 Another of my favorite writers has gone to…. well probably not his reward. There aren’t a lot of rewards for spending most of your life cooking, hunting, fishing, writing and drinking. Seems kind of redundant. Jim Harrison, author of Legends of the Fall and so much more has passed. Go read something of his. Hell of a way to spend a weekend.

You can read Esquire’s last interview with him here. It’s worth it.