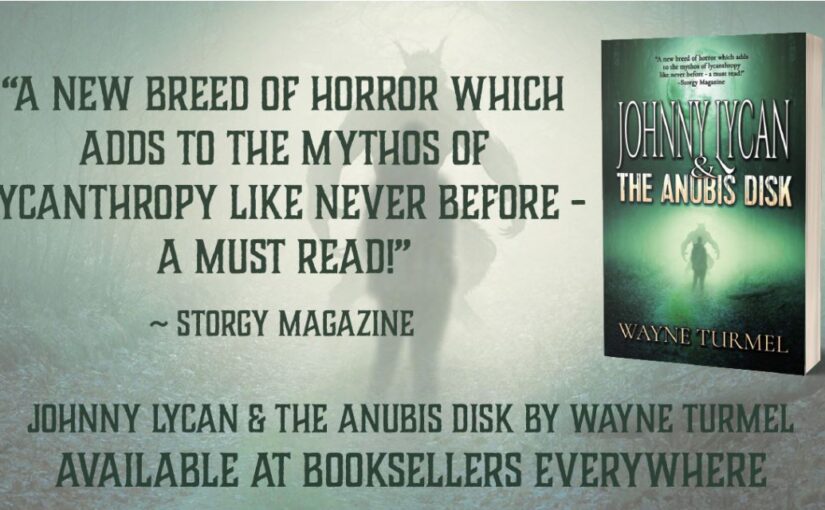 One of the trends in Urban Fantasy that fascinates me (and makes me insanely jealous) is the number of authors cranking out series after series of fun reads. While they might not be great art, they’re fun. It’s kind of the Kindle version of the old pulp novels (and I mean that in the best way.) Ultimately, it’s what I envisioned for the Lucca stories and for Johnny Lycan, but you know… day job, life and stuff.

One such author is Jamie Davis, the author of 40 books including his new series, Extreme Medical Services. Imagine being an EMT and having to pick up an overdosing vampire and you get the idea.

When I get the question “tell us a little about yourself” I’m usually stuck for an answer. I mean, there’s so much to tell. I’m a husband, father, grandfather, nurse, and retired paramedic who has been telling stories in one form or another my whole life. My wife puts it this way: “He embellishes every memory a little more each time. You never know which version you’ll get.”

I think it’s because I see so many possibilities in the world and people around me. “What if” is a way of life for me and that’s where many of my books begin. In fact, my first series, Extreme Medical Services, started in the back of the ambulance late one night when I dropped off a particularly hairy patient. I remarked to my partner, “What if that guy is really a werewolf? It is a full moon.” Thus was born my books about paramedics for supernatural creatures.

Now, I have more than forty books, most of which fall into the category of what I like to call Fun Fantasy Reads. All are family-friendly and suitable for young teens and up, even though they are written for adults. I have heard from several readers who enjoy my books because they can share them with their kids. It gives them something to talk about in a time when we’re always so distracted by our screens.

Extreme Medical Services as I explained earlier is book 1 in a whole series about supernatural paramedics. If you’ve ever asked yourself, “What happens if a vampire or a werewolf needs to call 911?” then these are the books for you.

Of course, now you’re curious, aren’t you? That’s okay. There are plenty of stories there to scratch that itch. With 8 books and a prequel in the series already, I’m also currently finishing up book 9. All the books are also available as excellent audiobooks. They’re narrated by the superbly talented Roberto Scarlato and he really brings the stories to life with his amazing voice.

What is it about this world that you enjoy so much?

Dean Flynn, the newbie paramedic in Extreme Medical Servcies is as green as they come. Don’t get me wrong. He’s highly trained, having graduated at the top of his paramedic academy class, he just didn’t exactly know what he’d signed up for when the chief told him he had a special assignment in mind.

He’s thrown into the deep end as he meets patient after patient on his first days on the job, uncovering a whole new world he never knew existed, right there under the surface in the city in which he grew up. Now he’s an ordinary guy, saving lives, and making some unusual friends along the way. That’s a good thing, because there’s something sinister lurking behind the scenes that could endanger the patients he’s sworn to protect.

If this was set in Chicago, it sounds like he might run into Johnny Lupul one night. That would be hilarious. Who did this to you? What do you read?

I’ve been getting a lot of questions lately about authors who’ve influenced me. I could list off the big ones, Tolkien, Robert Jordan, or Heinlein. Yeah, I read them, but I think there are others who had a bigger impact on me in different ways. Susan Cooper’s The Dark is Rising series was probably the first that set up a modern world with a hidden magical realm ordinary humans couldn’t see. The concept intrigued me then and still does today. I still reread those books from time to time. I highly recommend them. They’re not just for kids.

Another writer who impacted me was David Weber. His Honor Harrington Universe (and it is expansive) showed me how really strong characters could draw you into a story, making you care about them and everything they do. I’ve laughed aloud, cheered, and shed a few tears while reading his sci-fi epics.

I’ve read many others and they’ve all impacted my writing in one way or another. In the end, they’ve taught me to write stories about people you can care about, even amidst fantastical or futuristic situations. Who knows, I’ve always said we should all keep our eyes open because there’s magic all around us.

How can people keep up with you and your work?

The best ways to catch up with me and what I’m doing is first at my website, https://jamiedavisbooks.com, where you can get a free book, sign up for my active and fun fantasy newsletter.

Second, you can join the fun in Jamie Davis’ Fun Fantasy Readers group on Facebook (https://www.facebook.com/groups/funfantasyreaders/). We don’t just talk about my books. It’s a place to talk about great fantasy (and sci-fi) stories on TV, in movies, and other great authors out there. I’m in there all the time and love chatting with everyone.