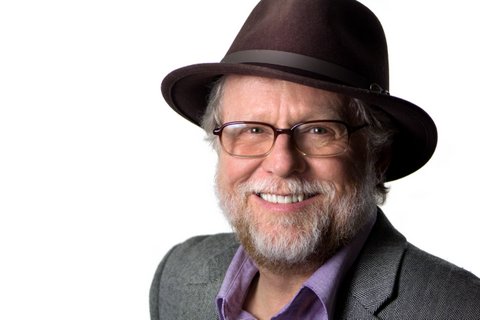 If I haven’t made it abundantly clear, I really have enjoyed working with The Book Folks on The Count of the Sahara. This week, they featured an interview with me on their blog page. This is a good sign they haven’t completely washed their hands of me…..

You can read the original interview on their site here.

Meanwhile, here’s what we talked about…

Canadian Wayne Turmel is author of the new historic fiction novel The Count of the Sahara. We asked him about his passion for writing, explorations and history.

TBF: What started your passion for writing fiction?

WT: I have been a reader my whole life, and always thought writing was so glamorous. As a kid, I thought I’d write courtroom mysteries like Erle Stanley Gardner (my grandmother had dozens of his novels and I devoured them all. For those of you under 80 he wrote the Perry Mason mysteries). Yes, I was an idiot, but dreams die hard. My writing got diverted first into writing standup comedy in my 20s, then I went through my spec-script stage when I was living in L.A. My writing got diverted into non-fiction and business for the last 20 years. Now I’m getting back to my first love, fiction.

TBF: What are the main challenges you have found in creative writing?

WT: Well, you can look at this two ways.

The biggest challenge is logistical: simply carving out the time and energy to write. When you’re busy making a living, raising a family and trying to squeeze in something resembling a normal life, the very act of writing can feel selfish and awkward.

Then once you’ve written something, how do you find an audience? If you write something, and no one reads it, does it really matter? I think for the writers I know, finding an audience is the hardest part: getting readers, actually (heaven forbid) selling your books to a few of them. That’s why I’m so glad to partner with a publisher like The Book Folks, rather than go it alone. I could spend the rest of my life finding a few hundred readers for a self-published book, or I can leverage the contacts and expertise of others and get back to writing, which is way more fun.

TBF: Was there anything in particular that inspired you to write The Count of the Sahara? 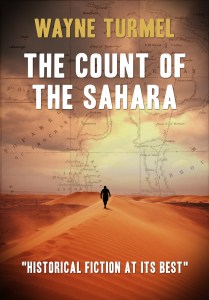 WT: Byron de Prorok was too good a character to shake. I read several of his books about five years ago and was obsessed. I even named my cockatiel Byron. He’s one of those real-life characters that was brilliant, in his manner, but flawed and couldn’t get out of his own way. If I had a therapist, I supposed she’d have a ball with my fascination for people like de Prorok, Richard Francis Burton and others.

About a year and a half ago, our family went through something that made us all take seriously the issue of chasing your dreams no matter the cost. First as an example to my daughter who is an actress, then as an exercise in sheer ego, I decided to scratch something off my “bucket list.” Despite having published seven non-fiction titles and countless articles, I felt like I’d never be a “real writer” until I completed a novel, so I set out to do it. Thirteen months from blank page to Kindle, here we are.

TBF: You describe yourself as a ‘history geek’; what in particular interests you about the history of explorers in Africa?

WT: There are certain time periods I’m fascinated with: The Crusades, the years just before and after the First World War, and the 1920s in America. I also love “end of an era” stories that show the cracks and faded glory of a time period. At the time of this book, the age of African exploration was nearly at an end. It was also the dawn of new technology like film, so that we had international media stars for the first time. Byron couldn’t have become a star any earlier, and would have felt right at home with the Kardashians. I mean, the man has two IMDB pages. He was an exploring fame whore. What’s not to like?

Truthfully, what I love about exploration stories (and aren’t most adventure novels stories of exploration?) is the mix of arrogance and curiosity it takes to seek something most of the world doesn’t care about. Most of the great explorers were seeking their stated aims, to be sure, but were driven by other ideals, goals and personal demons. Why did Shackleton pursue the pole after so many failures? Why did Burton and Speke not just give up when they had bugs digging in their ears and Somali swords stuck through their jaws? It’s a divine madness I find intriguing.

TBF: What do you value in a good historic fiction novel?

WT: I could geek out on the two schools of historical fiction, but that’s another topic for another time. Basically what I want is a good story, well told. Then I want to learn something. I need to be interested enough in the setting (place or time) that I want to learn more. A good historical fiction novel sends me scurrying to the internet or the library to learn more. When people tell me the first thing they did was look up De Prorok, or Alonzo Pond, it makes me feel like I’ve done my job. I even got one bad review that said, “Well I looked up Queen Tin Hinan and at least that was interesting.” A Pyrrhic victory, but I’ll take it.

TBF: If you had to choose, which writer would you consider as a mentor?

WT: I have been very fortunate to find mentors in almost everything I’ve done, it’s the only way I think I have succeeded in life without a proper college education. As far as my fiction writing, I am a big fan of Jack Whyte. He’s a Scots-Canadian who has written a number of historic fiction series ranging from the Arthur legends, to the Templar series, to the latest about the founding of modern Scotland. He was very kind and encouraging and I learn a lot just from reading him. The fact that he answers my emails and kicks me in the pants on occasion is an added blessing.

TBF: What have you learnt from writing The Count of the Sahara?

WT: First, that I can write a little —at least enough to keep going.

Secondly that there are things as a writer I do well, and things I desperately need to work on, and I can’t stop where I am.

TBF: What do you have in store for readers to look forward to in your next book?

WT: Well, it’s more of a straight-ahead adventure story set during the fall of the Second Crusade. It’s like nothing I’ve written before (which I guess is a safe statement with only one novel under my belt) but will explore the important question that I think anchors the whole time period: can you be brave, honourable and a good person when you’re in the middle of horrible, ridiculous, terrible circumstances. Oh and jokes. There will be jokes. Many of them in poor taste. I’d hate to disappoint my readers.

The blog also features some of their other authors like Lavinia Collins, Diane Dickson and Matt Lenz. Good company to be in.