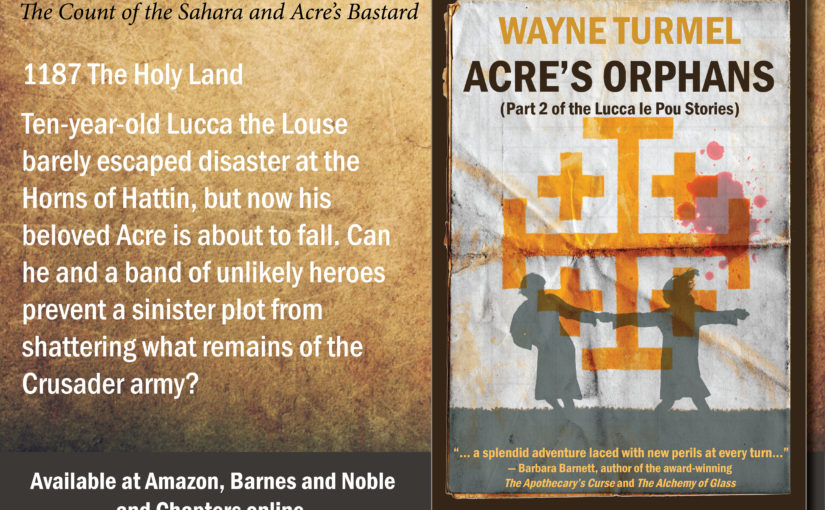 If you are a fan of Shakespeare’s histories, you are familiar with the Plantagenet line: Richard 2 Edwards 1 through 3 and Henrys 3-4… maybe 5 they all blur together after a while. But Mercedes Rochelle has begun an ambitious series with the first in a long line of books: A King Under Seige.

Mercedes, tell us about you.

I’m one of those writers who decided against a “real job” because I thought it would get in the way of my writing career. I even moved a thousand miles to New York so I would be ready to jump when an agent came calling. I almost made it, too; though I should have known something was not quite right when my first New York agent’s office was a crowded closet with a tiny window overlooking an alley. He didn’t place my novel. My second agent dropped me like a proverbial hot potato after she couldn’t place it with her few contacts. That was thirty years ago. I was devastated. For twenty years my novel sat on a shelf gathering dust until I screwed up my courage and tried again. I realized that times change and it’s never too late. I had to learn all about building a platform and navigating this “brave new world”. Competition was fiercer than ever. But there were good changes too. Research was a heck of a lot easier with the internet at my fingertips. Historical Fiction was almost unheard of back then; now, it’s almost mainstream! Many years as a reenactor gave me the courage to imagine I can relate to medieval mind set. I brushed the dust off my masterpiece and even discovered some new historical sources. Since I never gave up my love of the middle ages, one book stretched to four about England in the eleventh century and events surrounding the Norman Conquest. Now I’ve moved forward 300 years to Richard II, who caught my attention back before I moved to New York.  The research continues!

What’s your series about?

My current project is called the Plantagenet Legacy; this will be a four volume set starting with Richard II and ending with Henry V (unless I get inspired to move forward to the next king). Book one is called A KING UNDER SIEGE which is about the minority of Richard II, who became king at age ten. For ten years he struggled to assert himself, proving his worth during the Peasants’ Revolt but butting up against the antagonism of his disaffected magnates, led by his uncle Thomas of Woodstock. The Lords Appellant, as they were called, goaded Parliament into eliminating Richard’s advisors and friends through judicial murder, exile, and dismissal—laying the seeds of their own destruction that will take place in my current work in progress, THE KING’S RETRIBUTION.

Why that time period? What’s the fascination?

Back in the late ‘70s, I saw Shakespeare’s RICHARD II performed on BBC by the Royal Shakespeare company. I had never heard of this king, but the final scene where he was imprisoned, bemoaning the fate of kings, struck me so soundly that I carried him around with me for 30 years before I was ready to write this book. (I needed to get the Godwinesons and the Battle of Hastings out of my system first.) I’m glad I waited; the research surrounding Richard has been intense. I was puzzled about how this King could have lost his throne so quickly; of course, now I know that his downfall was several years in the making. The events of A KING UNDER SIEGE were so humiliating to young Richard that his methodical revenge in the next book becomes understandable.

At the height of Richard’s degradation, the five Lords Appellant corner Richard inside the Tower of London, where he is surrounded by their rebel army and finds himself helpless to resist. Poor Richard is left only with his regality, which doesn’t go very far in the face of their determination to subjugate him. At first Richard doesn’t realize how complete their victory is; but in the face of their united contempt he is reduced to a helpless pawn. They detain him in the Tower for three days as they argue over who will supplant him.

One thought on “The Plantagenet Legacy Begins with Mercedes Rochelle”