Read to the bottom of the page for a special offer!

I have always been fascinated by India… maybe because it is literally as different a culture from ours as possible yet there’s always been cultural cross-over. The British Raj has given us some of the most famous historical fiction ever (you’re a good man, Gunga Din) and yet we in the West have seldom heard the story from the Indians’ perspective. That’s where Jocelyn Cullity and “Amah and the Silk-Winged Pigeons” come in.

Jocelyn Cullity’s Amah & the Silk-Winged Pigeons is based on ten years of research. She was awarded The New England Writer’s Fellowship from A Room of Her Own Foundation in the United States, and a Writers’ Reserve Grant from the Ontario Arts Council in Canada. Her short stories and essays have been published in American, Canadian, and Indian journals and anthologies; her award-winning documentary film about women and social change in China, Going to the Sea, aired on television and in festivals in Canada, the United States, and in Europe. 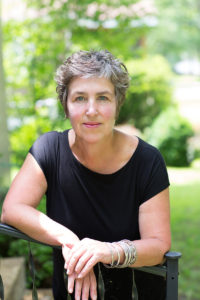 What’s the story of Amah about?

Amah and the Silk-Winged Pigeons is about the women (who do not find sufficient space or voice in many of our history textbooks) who valiantly resisted English rule in 1857 India — in a famous event that some English called “the Great Mutiny” and what some Indians call “India’s First War of Independence.”

As a Canadian living in the US, I find one of the great ironies is that one person’s “freedom fighter” is another person’s “godless rebel.” What is it about this particular story you found so fascinating?

19th century Lucknow was gorgeous, opulent, and cosmopolitan — European travelers to the city regularly would say they were in “luck. now.” when they reached the city. The English had already taken over other parts of India and in 1856, they deposed Lucknow’s King and began to take over the city. What followed was a famous uprising in which the Indians in the city — led by women — attempted to oust the English.

My mother’s English family lived in India for five generations and my great-great-great aunt was in the city of Lucknow during the resistance to English rule there. When I was a teenager, I transcribed her diary and the event stuck with me! I went on to look at Indian women’s perspectives on the tragedy that happened there. That’s when I found out that it was Indian women who planned and led the resistance — women we know too little about — and I knew then that the story I wanted to tell was theirs.

My favorite scene in the book is when Amah, who tells the story, must fight off an English soldier over a very hot and difficult afternoon.
Where can we learn more about your book?
Amazon (US and Canada)
Twitter: @JocelynCullity
jocelyncullity.com
Her Goodreads Page:   https://www.goodreads.com/author/show/8591959.Jocelyn_Cullity
Subscribe to my monthly newsletter and get a chance to win a signed paperback copy of Acre’s Bastard.  Each month you’ll receive links to interviews with great authors, news about upcoming events and previews of my work in progress, Acre’s Orphans. Look in the bottom left of the page for the sign-up sheet. No spam, just once a month updates and a chance to learn about great new Historical Fiction from around the world. Everyone who signs up before January 1 enters to win!

One thought on “The Lucknow Mutiny with Jocelyn Cullity”