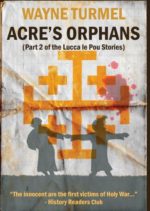 5 thoughts on “Medieval sleuths and romance with Jennifer Ash”