I’m on vacation this week…. a real vacation, even if it is the “Cheesy Tourist Trap Tour.” However, I want you to take a look at what’s below. Yes, Acre’s Bastard is nearing the end of the road….. get ready. 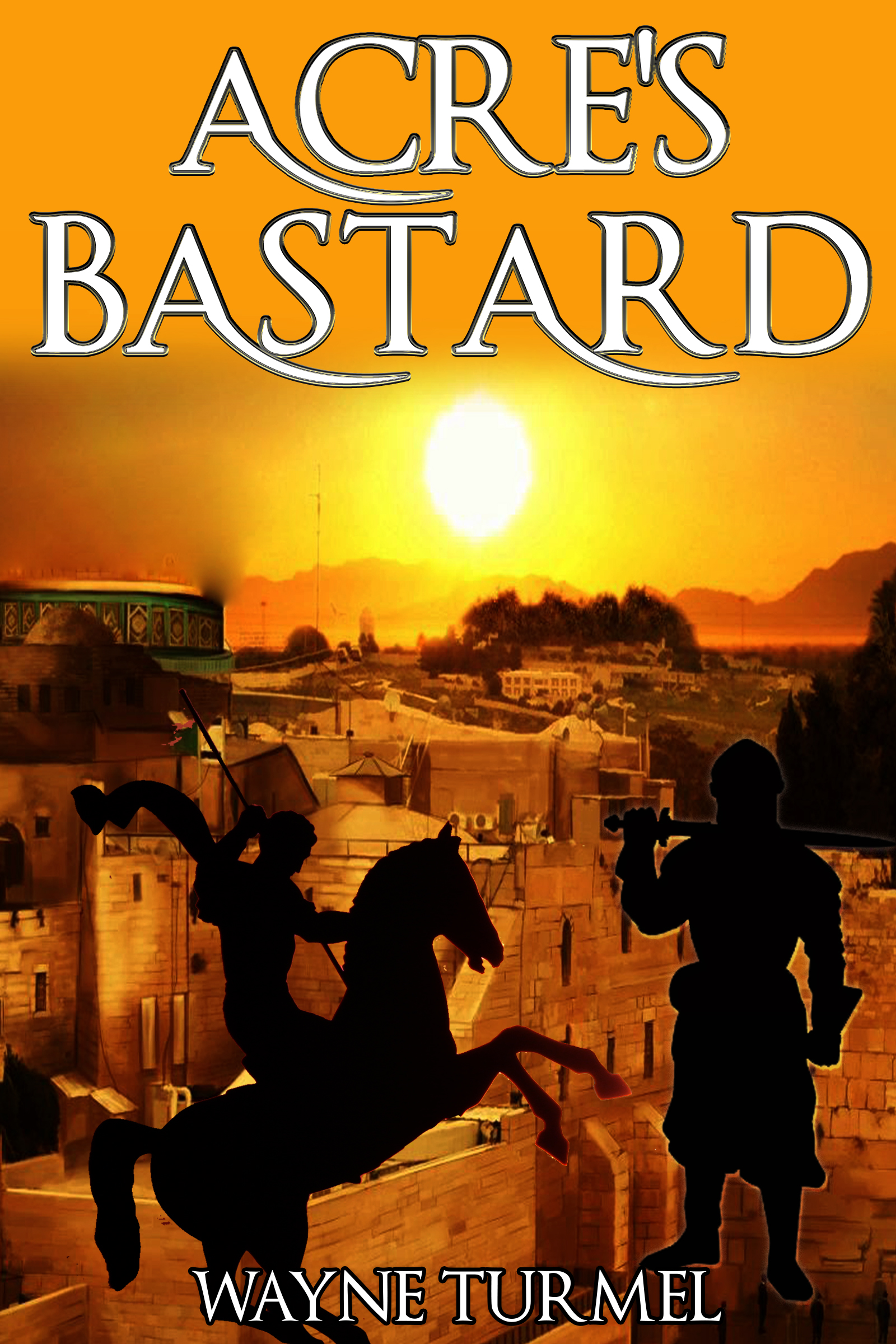 What do you think? Does it say “adventure” and “Crusades?” More news when I get back…. and Go Cubs.

Lookie what I have here. I finally found a map I’m happy with for the beginning of the new book. I will probably know by the second week of November what’s happening with it. Til then, imagine what kind of story takes place in Acre, and the Horns of Hattin….. 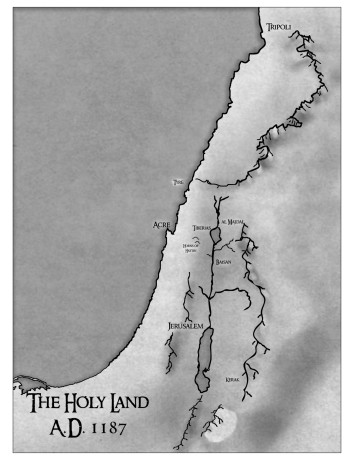 By the way, if you’re a Fiverr user, may I recommend Michael J Patrick

Last night I hoisted my traditional glass of Templeton on the rocks; my ritual when I finish the draft of a book. I don’t drink whiskey as a rule, I’m a tequila guy when I need to indulge my inner Hemingway, but custom demands it. I have–officially –for real–finished the first draft of the novel that for now, I’m calling “Acre’s Bastard.”

I say “for now” because what I love about the editing process is that novels can always be better, and minds much clearer than mine see problems I don’t. The Count of the Sahara, for example, was originally saddled with the pretentious title, “Pith Helmets in the Snow.”  See what I mean?

As you can see by the picture, first drafts are ugly little brats and while you don’t like to hear your offspring aren’t beautiful, at least at this stage you can still do something about them before dragging them out in public and frightening the neighbors.

I have 5 people serving as Beta readers. They’re all members of my writer’s group, The Napervile Writers Group. Some are grammar Nazis, some are just readers who know story and structure, one shares my geeky fascination with the Crusades (when the story’s set) and has a keen eye for anachronisms and inaccuracy. That’s essential in historical fiction, even if you occasionally want to throttle them and hide their bodies before they rat you out rather than actually fix the gaping plot hole they’ve spotted.

Speaking of writer’s groups…… if you’re a writer, hie thee to one. I have learned so much, not only by getting feedback on my writing, but on reading other people’s work.  Reading good writing helps, and there’s something about reading bad writing that’s critical to exposing your own flaws and will make you swear a blood oath never to inflict those things on an innocent reader. In any organization like this you’ll see plenty of both.

So I’m awaiting the verdict before sending this on to Erik at The Book Folks and hopefully he – and you – will love Lucca, and Brother Marco (and hate Brother Idoneus and al Sameen) as much as I do…

“The Count of the Sahara”

10 year old Lucca Nemo is an orphan on the streets of Acre, the Kingdom of Jerusalem’s most corrupt city. A simple prank goes horribly wrong, and catapults him into a terrifying world of spies, violence and political intrigue that ends in battle at the Horns of Hattin.

My friends and I were famous, if that’s the word, as The Lice. We were small, annoying, and constantly in someone’s hair. Berk was Turkish, Fadil and Murad were Syrian—supposedly converted Saracens—which is why they were allowed to live in town. They all had parents, or at least a mother, that they constantly disappointed.

Then there was me. Shorter and skinnier than my friends, and a year or so younger. My parentage, or at least what I knew of it, was written all over my brown, sharp face. At first glance I seemed purely Saracen; dark brown skin and a long beak of a nose, but my green eyes showed the other half of the tale. Depending on which story you believed, my mother was either a Syrian whore got with child by a Frankish Knight, or a pure, innocent Frank woman, dishonored by a pillaging Mussulman. The idea that my parents might have actually liked each other and wanted me never seemed to be part of the tale.

I preferred to think of my mother as a whore, giving me a claim to the ruling class by virtue of my father’s nobility, because of course he had to  be noble if he was really a knight. Whatever the truth, their union left me with the best—or worst, depending on who told the story—features of each.

Coming in the Fall of 2016 to Amazon.com

To receive a personalized publication announcement, leave us your email address by filling out the contact form by clicking this link